There will be no Office Hours on Monday, August 22nd. Click Here to view regular office hours and contact information. 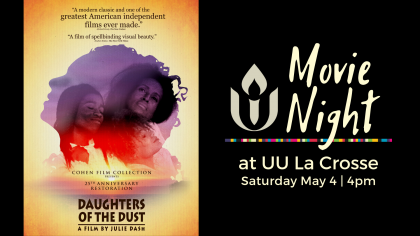 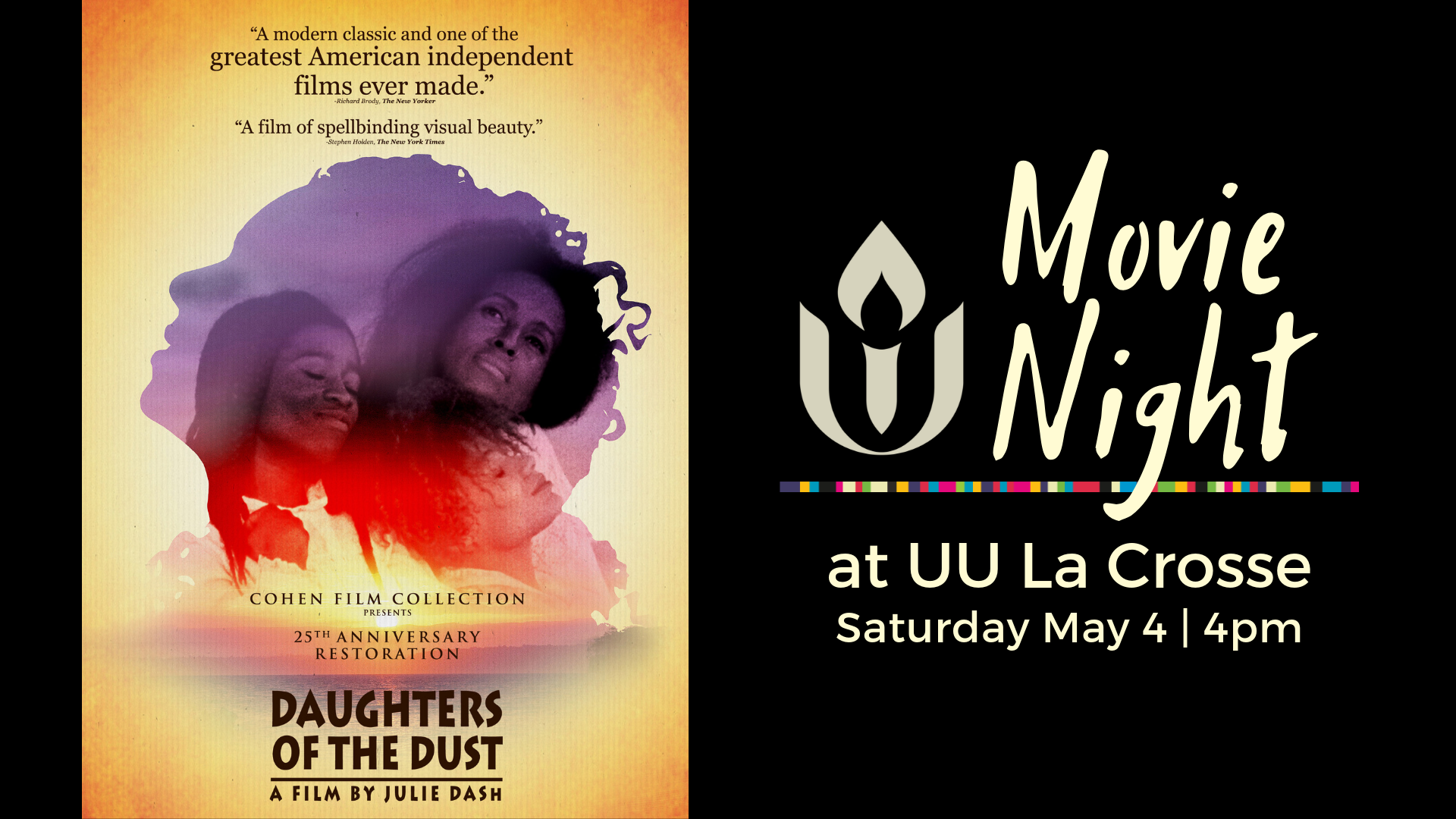 Our theme for May is Mystery. “We must be willing to fail and to appreciate the truth that often ‘Life is not a problem to be solved, but a mystery to be lived.’” M. Scott Peck

We have chosen Daughters of the Dust to explore the mystery that is lived. Charles Mudede writes that Daughters of the Dust is one of the great films in Black American Cinema. He points out “…the lyrical greatness of Daughters of the Dust, a film set in a strange time (1902) on a strange island (Georgia’s St. Helena Island), and negotiates a strange cultural zone (between black Africa and black America) with a poetry that, though romantic, has anthropological sophistication. Black women are the stars of this work, which has a profoundly (if not surprisingly) American ending. You must watch Daughters because you will not find a film like it anywhere. It’s like some rare bird that’s not only striking because of its unusual colors but because of the perfection of its form…”

Come see this beautiful film on Saturday, May 4 at 4 p.m. Great seats, interesting company and Popcorn.